You are here: Home / Mindset / Procrastination Remedies: What to do when you fear letting go of the past to embrace your future 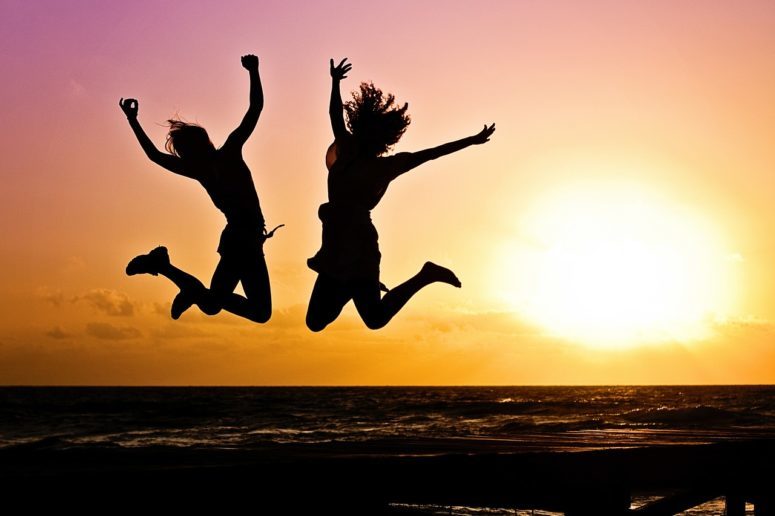 This is the seventh and final post in a series on procrastination remedies. In the previous post, I talked about what to do when we procrastinate because we think we suck at something. Today we take a look at fear.

There are two kinds of fears that come up when it comes to organizing: fear about our identity and fear of letting go.

Sometimes we have trouble separating objects from people. We get overwhelmed by the sentimental clutter because we think of the object as being the person.

“I can’t throw photos away—it’s my kid!” “If I toss the kindergarten artwork, it’s like I don’t value my child’s hard work.” “We can’t get rid of those dishes—they belonged to my mother. That would be like throwing my mother away!”

I get it. I have my own issues with tossing all the crafty projects from our homeschool that took so much time to do. It feels like I’m throwing away all the hours I spent preparing that stuff.

Not only do we confuse objects with other people, but we also confuse them with ourselves. The thing is, you are not your stuff. You have a dynamic, ongoing life that unfolds day by day. Stuff can serve as reminders and markers, but it isn’t actually you.

If you decide to downsize a collection, it doesn’t truly diminish who you are, particularly if that collection no longer represents who you are today. You will continue to exist (and thrive) without the collection.

Hanging on to the old memorabilia from a broken relationship doesn’t somehow fix it. In fact, it probably keeps you stuck in the past, reliving painful memories instead of forging ahead and building better memories.

And burying it under a lot of clutter doesn’t make it disappear. It needs to move out of your house.

Separating from your stuff

So what can we do to unravel our emotions from the stuff? For the stuff that has negative emotions, you may need the support of a good friend. You may need to gather up stuff that is holding you in the past and create a small “releasing” ceremony.

Share with your friend what all that stuff meant to you in the past. Cry if you need to, it’s okay. But then say goodbye to it and get rid of it. You need the freedom to be who you are now.

For the stuff that has happy, good emotions, getting rid of things doesn’t have to mean you are crossing those people out. You can honor the hard work that all those school papers represent by having a small celebration.

Have your child help you select a few things that they are especially proud of, and then let the rest go. (Trust me, they don’t want all their first-grade spelling papers when they go off to college!)

Gather up the dishes—give your mom a call and thank her for being an awesome mom. If she’s no longer living, tell a friend something wonderful about your mom. But then put the dishes in a box to donate. Think of it as a way of honoring your mom by blessing someone else’s home.

For the photos, select the best of the best, and then give them a place of honor—by putting them in an album or displaying one or two on the wall. You can let the blurry, weird, badly lit photos go. You don’t have to save all 50 pictures of your child’s first birthday—really.

Room for the future

Your goal in decluttering sentimental stuff is to make room for the future. Work on building the environment that you want to live in today. Don’t turn your living space into a museum of the past.

Listen, you’re living your actual life. This is it!

I have a fantasy version of myself. It involves me being one of those moms who makes gorgeous scrapbook albums. My fantasy self has a beautiful, well-ordered homeschool room stocked with every known book, craft supply, and hands-on activity. Fantasy me also plays multiple musical instruments, decorates with hand-crafted items, and makes quilts.

Sounds great, but what it means, in reality, is that I have a half-made quilt I started before I got married, boxes full of pictures and scrapbook paper, and several instruments that I have not played in years.

At one point I was nearly drowning in all the homeschool equipment that I made, purchased, and collected that I was saving for my future grandkids! My basement was piled high with stuff I was saving for people who don’t even exist!

Moving on from guilt

ll those half-done projects really made me feel guilty. Every time I caught a glimpse of one, it would remind me of how I was failing to live up to my fantasy ideals.

I finally realized that if I kept trying to hang on to all that stuff, there would be no room for the stuff that we actually need today. Could I just get rid of all that stuff? What if I admitted I didn’t want to finish the quilt? What if I passed stuff on to someone else who could actually use it today?

The worst thing that would happen if I got rid of most of that stuff is that I might need it someday. The worst is that I might have to repurchase something. Well, so be it. In the meantime, I won’t be storing it and feeling guilty.

Today could be the day that you let go of the past and move into the future. This could be the end of guilt from the past preserved in your stuff. Forget about failure to live up to your fantasy self. Live your life today.